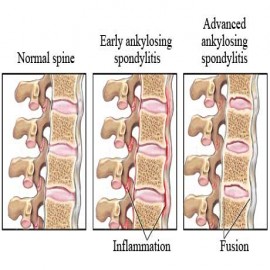 The HLA-B27 test is primarily ordered to help strengthen or confirm a suspected diagnosis of ankylosing spondylitis (AS), reactive arthritis, juvenile rheumatoid arthritis (JRA), or sometimes anterior uveitis. The HLA-B27 test is not diagnostic; that is, it is not a definitive test that can be used to diagnose or rule out a disorder. The result adds information and is one piece of evidence used along with the evaluation of signs, symptoms, and other laboratory tests to support or rule out the diagnosis of certain autoimmune disorders, such as ankylosing spondylitis and reactive arthritis.

The HLA-B27 test may be ordered as part of a group of tests used to help diagnose and evaluate conditions causing arthritis-like chronic joint pain, stiffness, and inflammation. This group of tests may include a rheumatoid factor (RF) with either an erythrocyte sedimentation rate (ESR) or a C-reactive protein (CRP). HLA-B27 is sometimes ordered to help evaluate someone with recurrent uveitis that is not caused by a recognizable disease process.

A positive HLA-B27 test means that the person tested is at increased risk of developing certain autoimmune diseases. If the person has symptoms such as chronic pain, inflammation, and/ or degenerative changes to bones (as seen on X-ray), then it supports a diagnosis of ankylosing spondylitis, reactive arthritis, or another autoimmune disorder that is associated with the presence of HLA-B27. This is especially true if the person is young, male, and if he experienced his first symptoms before the age of 40.

If an HLA-B27 test is negative, then the marker was not detected. This does not mean, however, that the person tested does not have the suspected condition since people who do not have the HLA-B27 antigen can also develop these autoimmune diseases. Likewise, someone who has the HLA-B27 antigen will not necessarily develop one of these conditions. Researchers are trying to determine what factors contribute to the higher likelihood of people with HLA-B27 developing these particular diseases and what actually triggers them.

Whether or not certain HLA antigens will be present is genetically determined. Genes that are passed from parents to their children control the production of those antigens. If two members of the same family are HLA-B27 positive and one of them develops a disease associated with HLA-B27, then the other person is at an increased risk of developing a similar disease.

What causes the autoimmune disorders associated with HLA-B27?

In most cases, the cause is not known. However, in some cases of reactive arthritis, there is an association between a previous infection by a microbe, such as Chlamydia, Campylobacter, Salmonella, Ureaplasma, or Yersinia, and the onset of the disease. It is thought that similarities between the HLA-B27 antigen and the antigens found on the surface of the microbes trigger the immune system to fight both the microbe and the person’s own tissues, launching the autoimmune disorder after the resolution of the infection.